At the end of May I headed back to USA to lead another photographic workshop to Yosemite National Park with Tatra Photography.  To say the trip didn’t quite pan out the way we had anticipated would be an understatement!  More on that to follow!

I have been running photographic workshops in Yosemite for nearly five years now, in both the autumn and spring seasons.  Before visiting the park most photographers I speak to have a preference for visiting Yosemite in autumn, but for me spring is far more special.  Spring brings something that is far too rare in the autumn months, water.  With snow melting everywhere throughout the park, rivers are running high again, ensuring Yosemite’s famous waterfalls once more burst into life with tremendous force.

After a bumper year for snowfall this past winter, anticipation for our spring Yosemite workshop was higher than ever.  Reports coming out of Yosemite indicated that the waterfalls would be roaring with more power than seen in decades; after experiencing the effects of the Californian drought the past few years we were excited for this change.

Arriving in San Francisco a day before the workshop participants, we made final preparations for the trip before heading into the city to shoot the night lights.  At sunrise the next morning, while shooting the Golden Gate bridge, we received a telephone call from one of our participants advising us of chaos at Heathrow.  Over the next few hours, news gradually filtered through of a complete failure of British Airways computer systems, followed by a total grounding of BA’s flights all over the world.  This was certainly not the start we had hoped for! 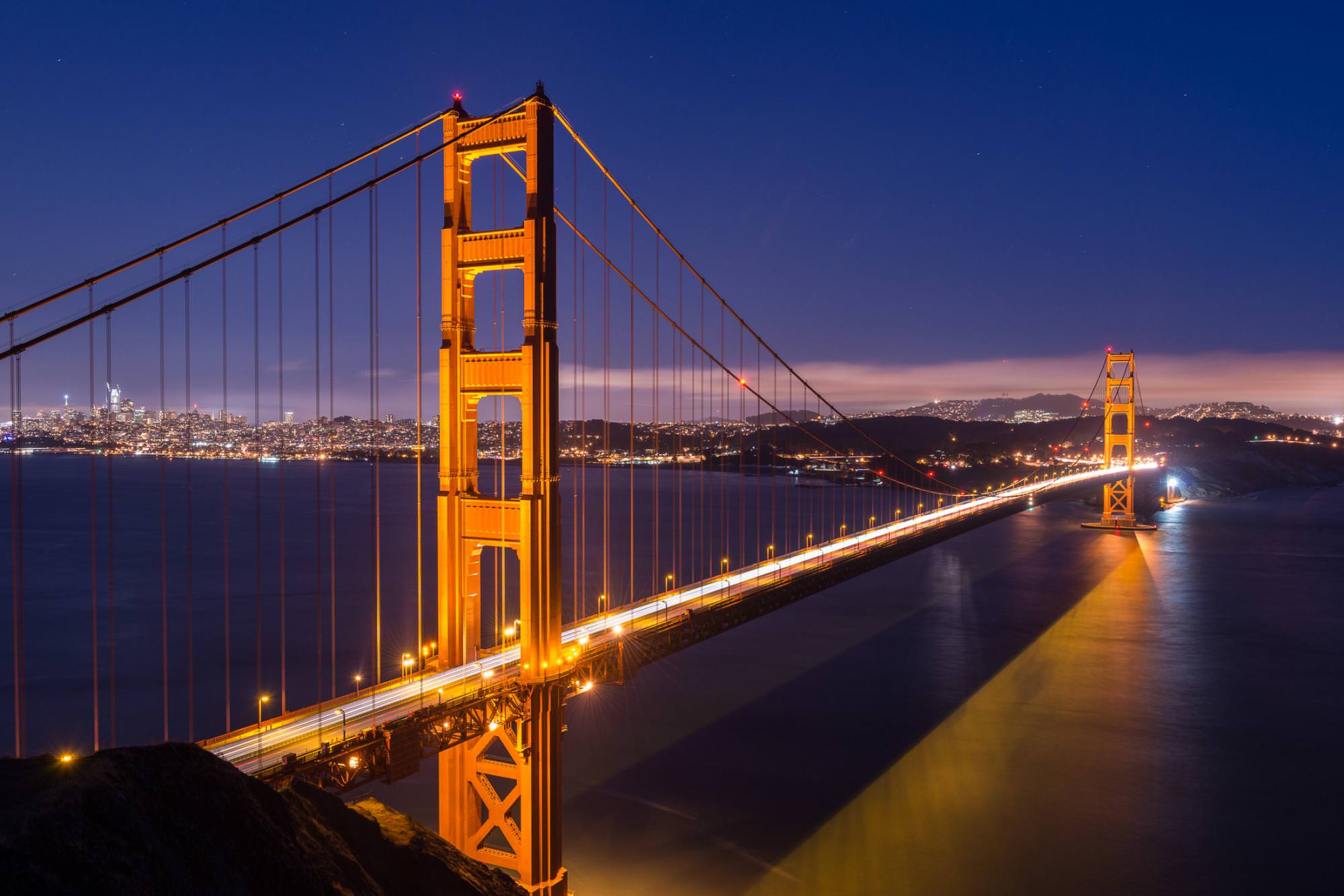 Throughout the confusion that followed we managed to speak with the participants, who were all stranded in the chaotic scenes at Heathrow.  There seemed little chance the flight would depart that day, but with BA reluctant (or unable) to offer any information the participants had little choice but to wait near the airport.   Unfortunately BA’s problems persisted through the next few days, meaning the soonest our guys could arrive was Wednesday evening, five days into the trip.   Regretfully some of the group were unable to make the trip as their suitcases packed with tripods, chargers and filters were lost somewhere in Heathrow.  For those that were able to attend, we decided to jam pack the few days available to us with as much as possible.

So began the busiest workshop itinerary I have managed to date.  Early sunrise starts were followed by long days in the Californian heat which were followed with late sunset finishes, we certainly maximized our trip to Yosemite to make up for lost time.

The waterfalls were every bit as spectacular as promised, while the topped up Merced River left flood pools all over the valley meadows, perfect for photographing reflections of the immense granite walls.  We trudged through deep snow climbing to the summit of Sentinel Dome, enjoyed a colourful sunrise (at long last!) above the valley from Tunnel View, encountered some welcome morning mist and witnessed the first light of the day light up Mirror Lake.

As we photographed El Capitan on the final morning of our trip, little did we know that Alex Honnold had just began his incredible record breaking rope-free ascent of the famous rockface.  Once considered impossible to climb, El Capitan was first scaled in 1958 in 47 days.  Alex’s record breaking climb took just under 4 hours, and without ropes!  What an amazing achievement!

This years Yosemite trip has proved memorable for both good and bad reasons.   Despite the shortened workshop the participants agreed that the trip had been very worthwhile and each returned home with a set of wonderful images.

This site uses cookies to store information on your computer. By using our site you accept that we will store cookies on your device.
Hide this notice